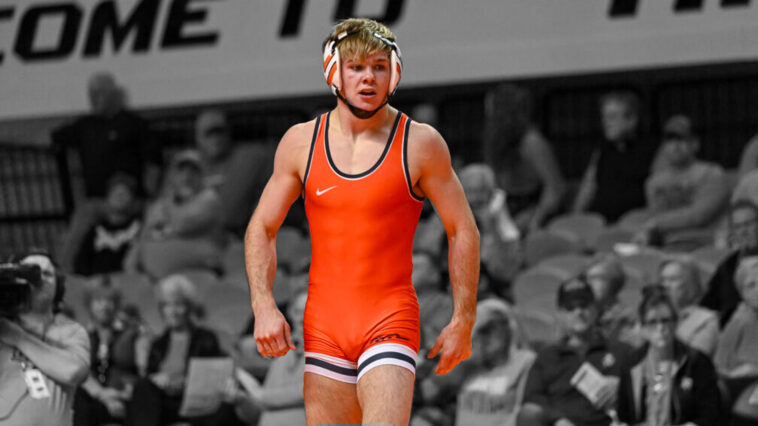 Oklahoma State suffered a surprising loss to Minnesota, despite notching upset wins over #2 and #3 at different weights. With both teams still finalizing lineups, the Gophers made some unexpected changes that paid off. Wyatt Sheets, Travis Wittlake, Luke Surber, and Konner Doucet all suffered upset losses. Carter Young and Kaden Gfeller eased the pain with the big upsets, but it wasn’t enough to take the dual. For the most part, the Cowboys lacked aggressiveness and appeared to have poor match awareness. After a strong start to the season, the Cowboys will have a lot to evaluate.

The dual started at 165lbs as Minnesota won the flip and wanted to start at this weight. Sheets kicked off the action but it was not the decision I expected. Sparks scored two first period takedowns and that was most of the match. Sheets stayed aggressive throughout, and came close to takedowns multiple times. However he wasn’t able to stop Sparks roll through, as he managed to catch an ankle multiple times and create scrambles.