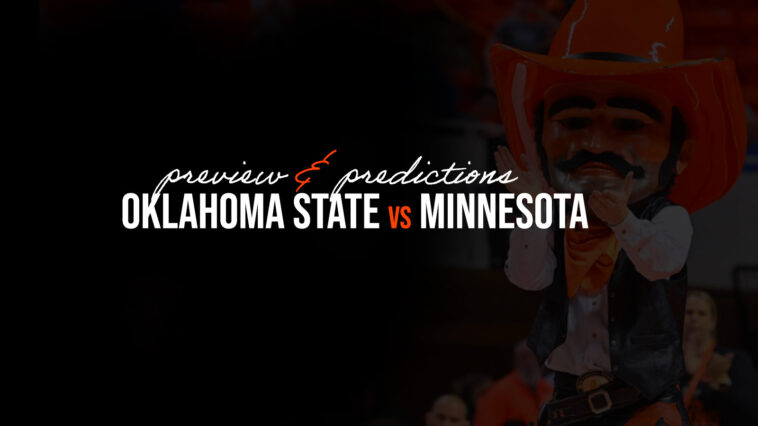 Oklahoma State takes a strong start to the season into a top ten battle against fellow undefeated team Minnesota. Last year OK State won this dual 23-10, winning seven matches. This year, both teams have a number of potential line up changes. This dual will potentially have ranked matches in nine different weights. OK State is the close underdog in five of them, so this could be an opportunity for some Cowboys to jump in the rankings if they can get a win. Similar to the Lehigh dual, this matchup could go a number of ways if one team starts to build some momentum.

This is a big match for both wrestlers as they both have a win over each other from last year. Mastrogiovanni won a 10-6 decision in the dual, but McKee got his revenge with a 9-1 major at NCAA’s. McKee has been one of the more inconsistent high level wrestlers at this weight, so no result would be too surprising. If Mastro is healthy and has his weight under control, then this should be a great match. He will have to be able to win the handfight and get out from bottom efficiently. While I think Mastro could absolutely take this match, I think McKee may be too much with what we’ve seen from both wrestlers so far.