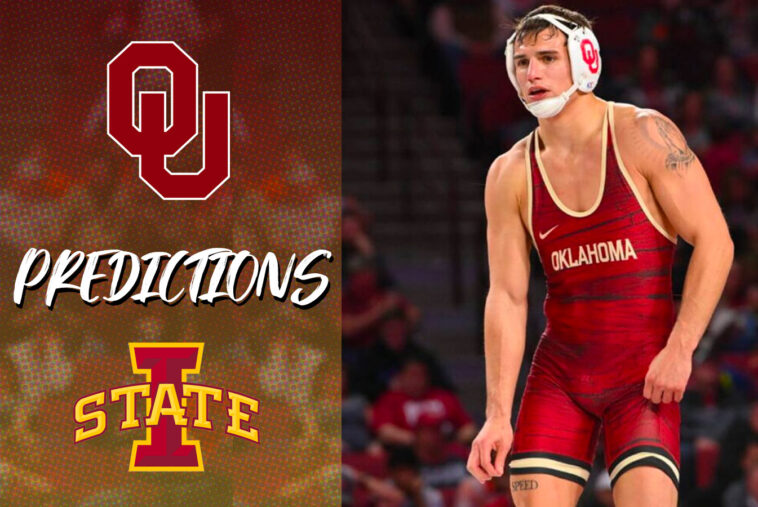 Oklahoma welcomes top-ten Iowa State to Norman in another conference dual. OU is coming off a strong 34-3 win over Northern Illinois where they won eight of ten matches, with one forfeit. OU has looked much improved over their last two duals and do come in with some momentum. This year, Iowa State has nine ranked wrestlers, so this dual will feature seven ranked matches. It will be hard for OU to find a team win here, but they will have a great chance to steal some matches and make the team score close.

Last year, Terukina went 4-7 against D1 competition and went 0-2 at NCAA’s as a true freshman. This year he is 11-0 but hasn’t faced any ranked opponents. Because of that, I think Prata has a great chance to get an “upset” win here as a more experienced wrestler. Terukina is talented in neutral but could be exposed on the mat, especially with Prata’s strong riding ability. If Prata can score two takedowns in this match, I think he wins because he has the defense to scramble with Terukina’s shots. I’ll take Prata getting back on track and getting a close win.