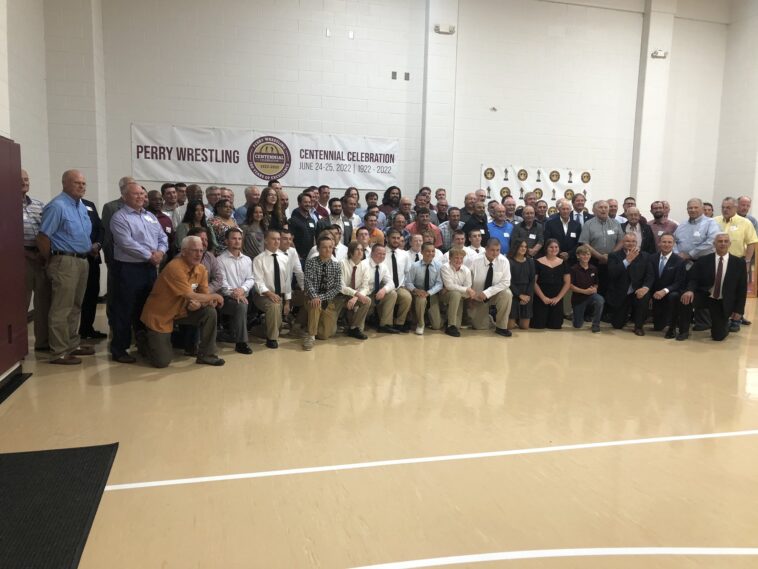 The Perry Wrestling program along with the Perry Wrestling Foundation hosted a celebration of the 100-year history of Perry wrestling this weekend. The event consisted of a banquet, a golf tournament, a casino night fundraiser event, a showing of the film “The Price of Legacy”, and more.

Smith highlighted that this was not only Perry’s 100th year of wrestling but also the state of Oklahoma’s as the first state championship in Oklahoma was hosted in 2022.

Lee Roy Smith singled out what he believes to be the #1 thing that’s sustained this program over the years.

“One of the great aspects of these kinds of sustainable franchises, dynasties, legacies, is the oldest institution in the world. It’s family. It’s very strong here or this legacy wouldn’t continue on.”

Lee Roy talked about the Hodge’s, the Chenoweth’s, the Leonard’s, the Van Bebber’s, the Kirk’s, and more that have all played an integral role in the dynasty that is Perry wrestling.

You can watch the entire banquet here on our Rokfin page along with interviews with Congressman Mullin, Tyler Cline and Patrick Hodge about the Hodge Foundation, and new girls’ head coach Bryan Wilson.