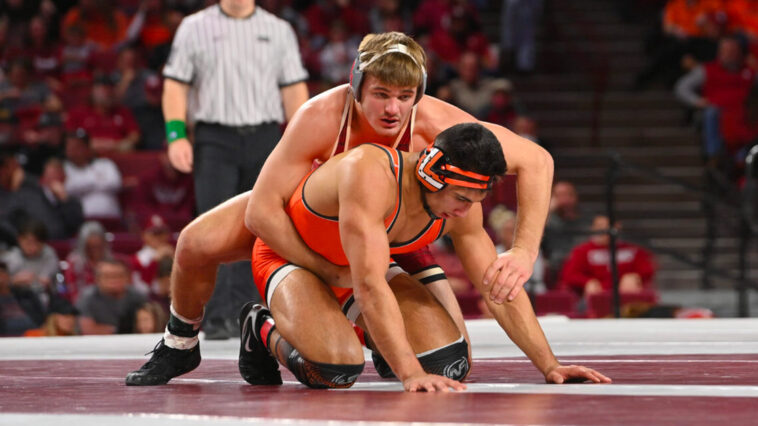 Similar to last year, OU is coming into the national tournament with a lot of momentum after a surprising runner-up finish at Big 12’s. However this year they’ve increased their number of qualifiers to nine and will be looking to improve upon last year’s 24th place tournament finish. Last year, the team only had one All-American in Jake Woodley who was a 26 seed. This year, the Sooners will need others to go on a similar run of upsets, as they have no wrestlers seeded in the top 12. While this is an uphill battle, I think there are some matches that could play out in the Sooners’ favor.

Joey Prata greatly helped his seed with a strong Big 12 performance and is coming into his second NCAA tournament with a top 20 seed. He has a tough first round matchup against 2x ACC champ Jakob Camacho, who he is 0-2 against. If he was able to get a win there, he’d likely see the 3 seed Patrick Glory. With how the brackets played out, I have Prata falling to Camacho in a close match, then beating Jace Koelzer in a Big 12 rematch. From there though he is likely to run into a top 16 seed, and I have him seeing Drake Ayala in a tough match. I could see Prata being able to get a first round win and therefore changing how the bracket falls, but I’d be surprised to see him past the round of 16.