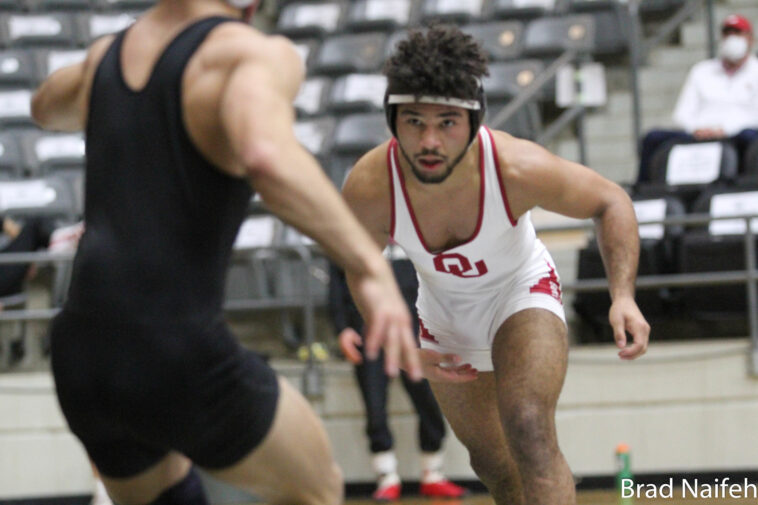 In my best of 2020 story on OU I wrote in January, their 2020 US Open performance got the nod. They wrestled incredibly well and were looking for a repeat performance this weekend in Iowa.

Dom Demas is arguably OU’s top guy and as good as he is in folkstyle he may be even better in free. The Big 12 champ rolled through the early rounds of the tournament knocking off All-American and Big 12 champ Pat Lugo in the semifinals. In the final Demas fell to Iowa’s Jaydin Eierman 8-4.

Josh Heindselman looked to defend his Junior title from 2020, and like Demas ran comfortably through his bracket all the way to the finals. There he met up with fellow Big 12er Wyatt Hendrickson from the Air Force Academy. Heindselman and Hendrickson wrestled a best of three series for the 125 KG title. Heindselman took the first 17-8 then dropped the next two and finished as runner-up.

OU’s third runner-up came at 86 KG with Darrien Roberts. Roberts knocked off OSU commit and former Cadet World Team member Kyle Haas in the semifinals before wrestling Mizzou’s Colton Hawks in the finals. Hawks won the first match 6-5 then when up 4-0 in the second match, Roberts was rolled and pinned.

OU had one other placer with Jake Boyd, who finished 4th at 97 KG.