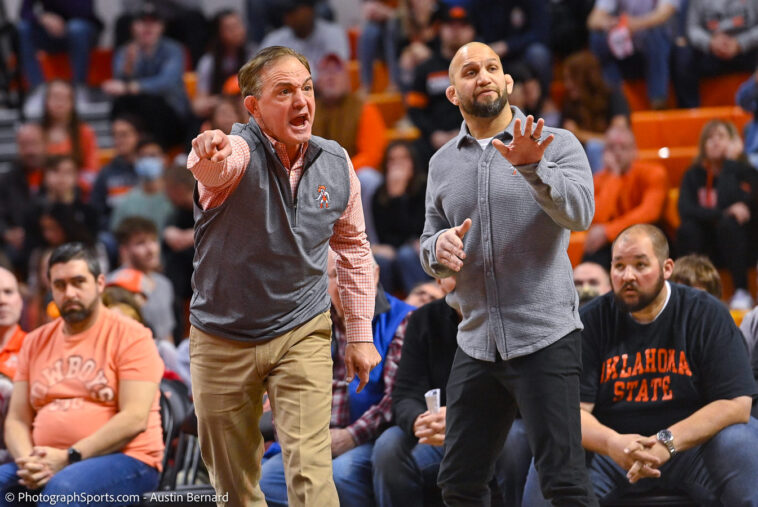 Oklahoma State drops back to back duals at home for the first time since 1993. This was a team struggling after their top wrestler got in a serious accident. OSU only won nine out of twenty matches and didn’t score any bonus points. Only Daton Fix and Kaden Gfeller went undefeated on the weekend. Travis Wittlake made his return but went 1-1 and didn’t look like his typical self. Gavin Stika stepped up in a big way against UNI to give the team a chance, but struggled against ISU. Coach Smith is going to have a lot of takeaways from these duals and it’ll be interesting to see how they comeback.

I’m not totally sure how to feel about Mastrogiovanni at this point in the season. He had a great back and forth win over Teske, who beat him 6-0 last season. Mastrogiovanni gave up the first takedown but wrestled back to get three of his own in the match. There was a big issue where in the second period he was ridden out the entire time and Teske was very close to a turn. Mastrogiovanni’s improved speed and scrambling showed through to get the win late. However the Terukina match was an entirely different story. Mastrogiovanni never looked like he was trying too hard to score early and when he tried late he couldn’t get any offense generated. Not to mention he gave up another full second period rideout, this time against a wrestler known for his neutral game. Last year Mastrogiovanni ended up teching Terukina at Big 12’s yet this time he couldn’t score a single offense point and never really come close. He’s had some unexpected close matches against unranked wrestlers already this season but this is his first loss on the season.