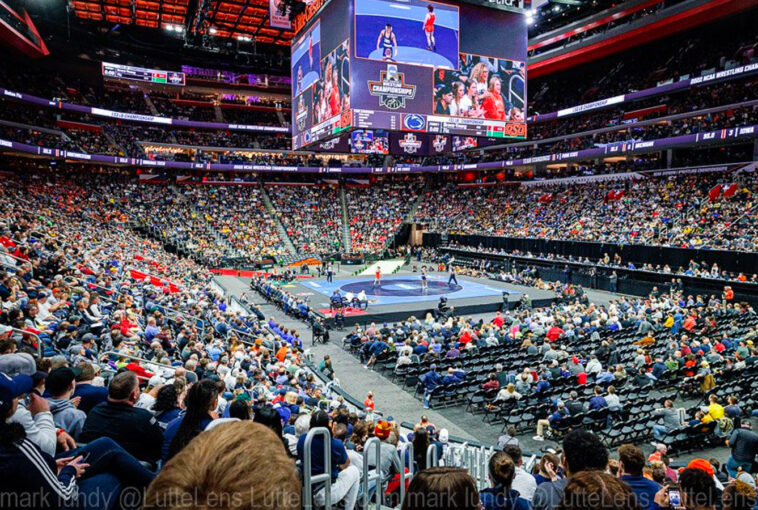 Oklahoma State had a tough season, losing a national champ in AJ Ferrari. And suffering injuries to All-Americans Travis Wittlake and Wyatt Sheets. Their 14th place finish is their second-worst finish ever and only two All-Americans for the second time in program history. Dustin Plott was a bright spot for the Cowboys, finishing 6th overall. Daton Fix came so close, but is a runner up for the third time in his career. A large part of the tough tournament seemed to be due to really difficult draws however, in a year when more than 40% of the field was seniors.

Mastrogiovanni came in as a top eight seed, but struggled finding his offense and had some bad luck after early upsets. He started out by avenging a loss to Terukina, as he scored two takedowns for the win. In the second round he faced off against DeAugustino again, who bounced him from last year’s tournament. As clutch as Mastro has been this season, he couldn’t find his offense until late in this match. He came close multiple times, even getting DeAugustino up in the air, but couldn’t finish it. On the backside Mastro had the bad luck of getting McKee, who he beat earlier this season. McKee was upset in round one, but went off in the wrestlebacks and handled Mastro. He majored Mastro with a takedown, a full second period rideout, and a six point reversal in the third. Mastro struggled with injuries this season but still had a solid regular season, and will look to continue that improvement over his next three seasons.