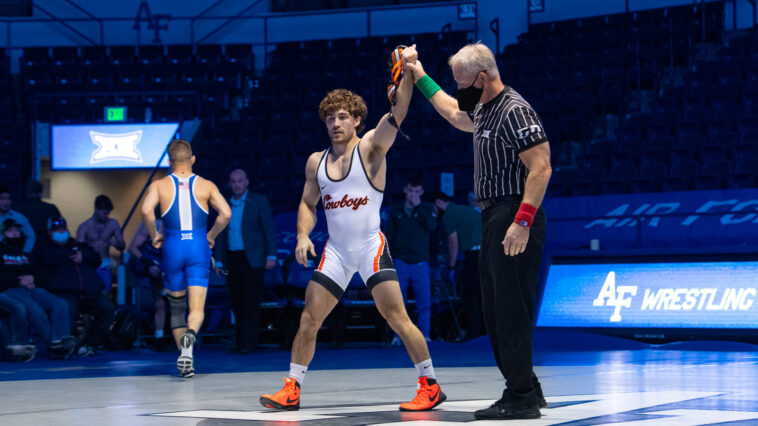 OSU is coming off their worst Big 12 performance in school history, but they are still in a good position to finish the year strong with some All-Americans. Last year the Cowboys had a somewhat disappointing Big 12’s, then finished 4th at NCAA’s. They’ll look to do that here but will be down a returning All-American in Travis Wittlake who did not get an At-Large bid. The Cowboys have four top 12 seeds that should contend for  All-American spots, not including Wyatt Sheets or Dakota Geer who are both returning All-Americans as well.

Mastrogiovanni finished strong at Big 12’s in 3rd place while still looking banged up. Mastro was able to avenge three prior losses at Big 12’s with wins over Taylor LaMont, Noah Surtin, and Joey Prata. That led to a top eight seed for NCAA’s, but he does have a tough draw. His first round opponent is Kysen Terukina, who finished 8th at Big 12’s and beat Mastro 2-1 at the dual earlier this season. If he can find a win there, he would run into another opponent who has beaten him, Michael DeAugustino who won 4-3 at last year’s NCAA’s. If he can win there, he’d likely see #2 Vito Arujau in the quarterfinals. I think Mastro is in a tier where he can certainly be an All-American, but his issues on bottom have been significant all year, and I think that is a very difficult thing to overcome at NCAA’s.