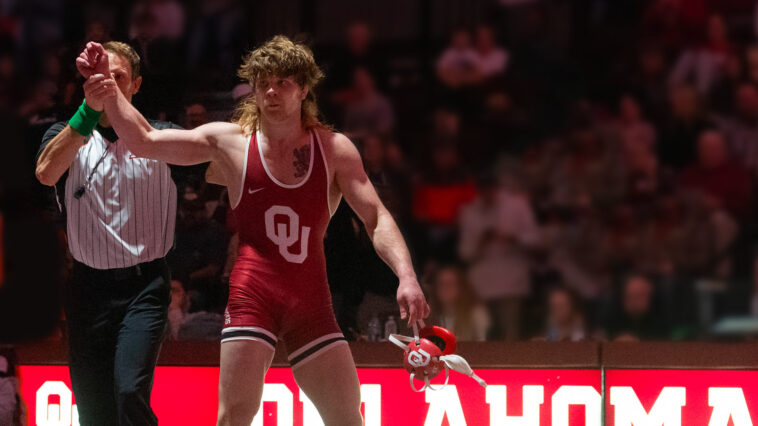 After going 3-1 as a team at the VA duals, OU returns home for a ranked conference dual. West Virginia looks to be much improved this year, and is coming off a big win over Pitt. In last year’s dual OU won 28-10, but if the Mountaineers have their normal starting lineup there could be a number of new matches.

The VA duals gave the Sooners chances to mix up their lineup. This week there’s no clear indicator as to who will get the start, especially at 157, 174, and 184. Some of the OU wrestlers have struggled with consistency this season, and they’ll have a chance to fix that and get on a streak here.

Prata didn’t look his best recently, going 2-2 and dropping in the rankings. He gets a tough test in Cardinale, who he is 0-2 against. The last win was in the 2020 season however, when Prata was still at Virginia Tech. Surprisingly the two haven’t wrestled as Big 12 opponents.

The returning Big 12 champ Cardinale didn’t start his season until Midlands, but has wrestled the past three duals so this match is likely to happen. Prata should be able to avoid giving up bonus points, but getting an upset could be a tough task.