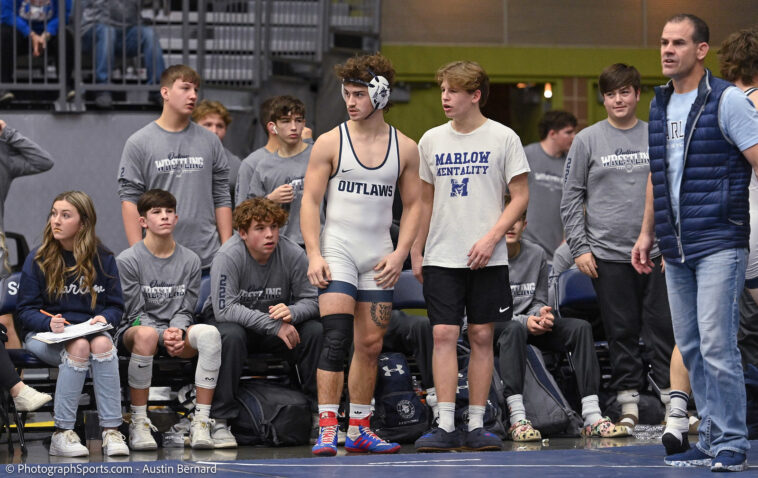 The state tournament rarely disappoints. Exhilarating wins, crushing defeats, and an incredible wrestling environment unlike many others.

Going into Saturday there were two team races that still seemed up for grabs. The girls and 3A.

In 3A, Blackwell held a six-point lead going into day two. But the semifinal round saw Marlow go on a run and put five into the finals.

That gave Marlow a big lead that had me and just about everyone else watching thinking that it was theirs to lose. But a big response from Blackwell in the consolation semifinals changed the game. Six wins for Blackwell along with a bevy of bonus points put them right back in it.

The medal matches started with Marlow in two-point lead 113-111. Then throughout the round, both teams exchanged blows back and forth, winning and losing bouts, eventually leading to a 129-126 win for Marlow, completing the trifecta of the Team, Academic, and Dual State titles all in the same year.

There are several things you can point to that put things over the edge for Marlow. Case Rich was named outstanding wrestler and won one of the toughest brackets in 3A and their win at 220 sealed the final score, but Senior Dason Davis at 170 was a key factor. He finished fifth in his regional, just barely making the state tournament, then went on a run, picking up three falls and a third-place medal that ultimately pushed Marlow over Blackwell to give them another team title.

Check out our interviews with him and coach Andy Howington here.

Salina’s Gage Stock After Punching His Ticket to the Consolation Finals at State. OWrestle | Rokfin