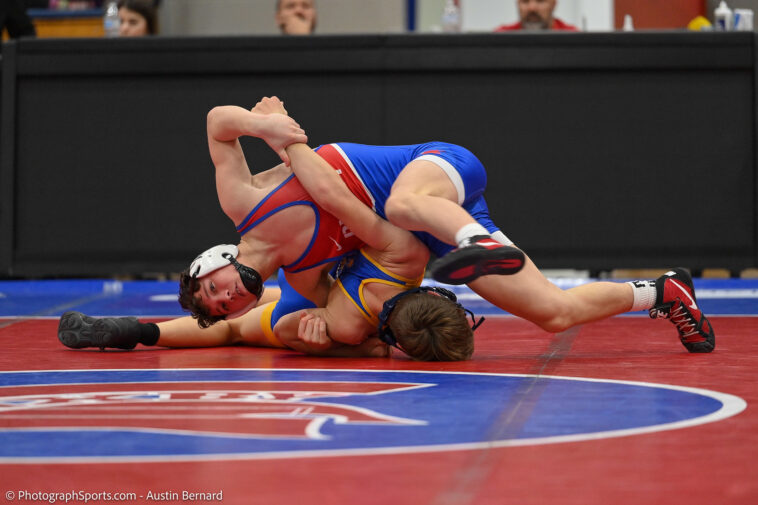 Two Oklahomans won U15 National titles this weekend in Vegas.

Isaiah Jones of Bixby and Joe Jeter of Edmond won titles at 52 KG and 62 KG respectively.

Jones controlled his way to the semifinals before seeing a few tough bouts, winning his semi and final each by three points.

Jeter had a similar path. He dominated his way to the finals before a grinder of a match with Blue Stiffler of Georgia in the finals. Jeter edged out Stiffler 10-10 on criteria for the 62 KG title.

Both will be high school freshmen next wrestling season.