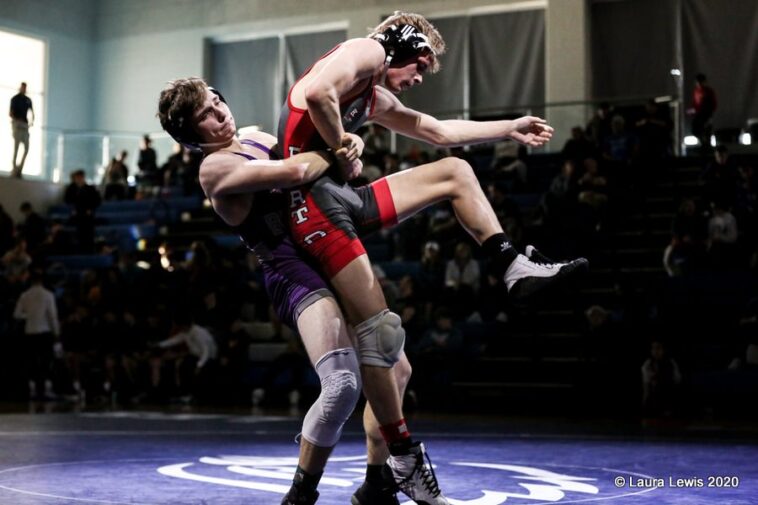 I wrote a piece a month or so ago titled “It’s not about you”. Within it is the suggestion that wrestling is not about each individual wrestler engaging the sport for purposes of obtaining lasting fulfillment, self-worth or grandeur. Instead, wrestling is a gift with which to engage. And as a gift, it’s meant to be something to enjoy. What’s more is that, while it is certainly good to aspire to be the best and to chase after wrestling accolades, whether or not these accolades are achieved is not the point. It’s about the journey in striving for them. It’s about what can be gained from wrestling in the process of goal-setting and working hard in order to accomplish greatness. Wrestlers are learning to test the limits, or better yet, push the limits. They’re putting their heart, mind, body and soul into something, developing as competitors, developing as people, garnering life lessons, and establishing authentic relationships along the way.

However, there is an added element to this. In the course of taking in all that can be gained from the sport, it should be the goal of every wrestler to contribute to the growth of the sport as well. We often talk about giving back to the sport and helping it grow after our careers are over through coaching or other means. But why wait? Helping to grow the sport is not just the job of veterans and fans; it’s also the job of current wrestlers. In fact, current wrestlers arguably have an even bigger role in this, as they are the ones putting the sport on display. This means they need to recognize that the eyes of spectators are upon them, and there is an expectation that they will put forth their very best in every match. This requires an emphasis on offensive scoring as well as persistence in striving for scoring opportunities. As a result, current wrestlers must do away with the status quo – that is, scoring enough points to win and then resorting to defense the remainder of the match. It must be ingrained in every wrestler’s mind that they must maintain a course of offense throughout the match. After all, it’s the scoring efforts and subsequent scrambling which make the sport so exciting to watch. It’s not that wrestlers necessarily need to approach each match as entertainers. This is not the case at all. The point is that wrestlers should be looking to score at all times anyways! It’s the very nature of the sport to be setting up scoring opportunities and attacking! In other words, if wrestlers are staying true to the nature of the sport and constantly looking to score points, then by default, the sport is entertaining as it should be!

In addition to an emphasis on offensive wrestling is the need for creativity. I realize that there is a strong belief in the wrestling community that the “basics” win wrestling matches. But this doesn’t mean that creativity should be thrown to the wayside. If the basics truly win wrestling matches, then we still need creative ways in which to enact the basics of wrestling technique. We need to blaze new trails, discover new things, and then put these things into action. But aside from creativity to enact the basics of wrestling technique, I am not afraid to suggest that stepping away from the basics slightly in order to discover some alternative wrestling technique is a good thing, and not something to be avoided. When I think of this, I’m reminded of four-time NCAA All-American and two-time finalist, Dylan Ness. Regardless if you were rooting for him or against him, you knew that you were in for some excitement when he stepped on the mat. Why? Because Ness was constantly on the offense and not afraid to try new things as well as use unconventional technique in order to score points. Despite his success, he was often chided by spectators for not sticking with traditional methods. Others rightly praised him for bringing some much needed unpredictable excitement to the sport. Two-time NCAA champion and four-time finalist, Ben Askren, also comes to mind. He brought a considerable amount of “funk” to the sport prior to Ness, and arguably accentuated the scrambling technique so prevalent within wrestling today. All in all, we simply cannot be afraid to insert a little creativity into our sport. It’s a part of growing it, making it better, and helping it to become more appealing.

If wrestling is a gift (and I wholeheartedly believe that it is) then we should make the most of it…we should do the most we can with it.  And most importantly, we should have fun with it. There are a number of people in our wrestling community who are intent on complaining about the sport’s lack of popularity along the lines of suggesting that folkstyle wrestling in particular is too boring due to a lack of action. They suggest that “top-bottom” wrestling needs to go, for example, and be replaced with alternative scoring opportunities in order to encourage more action. And while it is possible that this would deliver the desired results, I, for one, don’t think that changing the sport is the answer. I think any change needs to come from wrestlers themselves. It’s not that there’s a lack of scoring opportunities; it’s wrestlers who have become complacent with simply doing what it takes to win. And if that means a low scoring match with very little action, then so be it. We see this mostly with competitors who are both at a higher level (whether in high school or college). The mindset seems to be that both competitors recognize the talent of the other, have maybe even become familiar with one another, and so scoring opportunities are few and far between. It’s the first to make a mistake in position. And if one of them scores, then defense takes precedence moving forward. This is what needs to change. And part of the problem is that many wrestlers have yet to come to the realization that wrestling is not about them. Of course every wrestler should desire to win. The desire to win is not an issue in the least. It’s when “winning” replaces “utmost effort” that there’s a problem. There’s a difference between “doing just enough to win” and “doing everything possible to win”. The former sets up a strategy to take the least amount of risk in the process of obtaining victory. The latter puts everything on the line and takes every legitimate opportunity to score points in the process of obtaining victory. Wrestlers need to be trained in the latter. And this (I believe) is what will deliver true change and excitement. World and Olympic champion, Jordan Burroughs, put it this way in his blog on December 21, 2012: “Winning and losing isn’t always what’s important. Performing at your highest level is. When you let the thought of winning and losing affect your performance, you allow your ego to affect you negatively. When you focus on performing at your highest level, the winning takes care of itself.”

Let’s grow this sport. It starts with the wrestlers, and their efforts merely need to be supported by the wrestling community. In other words, let our athletes grow the sport with their wrestling abilities and with the added encouragement of being offensive and creative; let our coaches grow the sport with the influence of their knowledge and experience; and as spectators, let’s grow the sport with the loudness of our voices. I recognize that some in our wrestling community will scoff at what has been written here and suggest that the ideas offered are too simplistic. I’m fine with that. I suppose I’m just of the belief that some things don’t require complex answers. In other words, sometimes the answers to a particular issue are in fact simple; and (for me) this is one which just might require simple solutions.

If you’re a wrestler, listen closely. Lesson one: It’s not about you; wrestling is gift…so strive for greatness and have some fun with it. Lesson two: Do your part to grow the sport; focus on performing at your highest level every time you step on the mat.