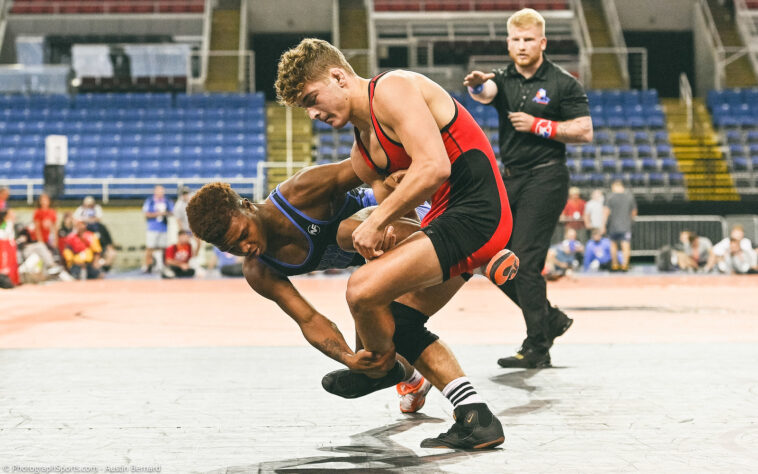 The state tournament is finally here and there’s a lot of excitement to follow this weekend at the “Big House” in Oklahoma City.

Here are five of the top storylines surrounding the tournament.

5. Can any of the boys’ teams pull an upset in the team race?

Every team race for the boys has a pretty heavy favorite. Marlow in 3A, Tuttle in 4A, Collinsville in 5A, and Stillwater in 6A.

Marlow is the favorite, but 3A is one you could see Jay or Blackwell possibly having a good weekend and jumping in the mix. 6A is deep, and a few teams have a lot of talent, but Stillwater is stacked. And I just don’t see any team threatening Tuttle or Collinsville in 4A and 5A.

But could some team rise up and shake one of these team races up? It will be interesting to see.

I don’t say this to take anything away from the other teams competing, but there are just some very heavy favorites to win some of the team titles. So the biggest topic becomes who can finish second? In 4A and 5A there are a number of teams who could sneak up and grab that second-place spot. It will be fun to watch play out.

3. Who wins the Girls Team Title?

I Tweeted something about this the other day, but I have the girls as the most interesting team race followed by the 3A boys. Regional Champions Moore and Jay along with Union and a few other programs are all in the mix here. Most of the boys’ team races have very heavy favorites, but the girls are wide open and should be a lot of fun.

2. Will we see Angelo Ferrari?

The biggest story out of regionals was Angelo Ferrari missing the 6A East finals at 160. A much-anticipated match between him and Owasso’s Jordan Williams seemed all but certain to happen before Ferrari was unable to weigh in and compete in the finals. Will he be back this weekend? We’ll find out on Friday.

1. Can Steed and Williams win their 4th?

Cameron Steed(Collinsville) and Jordan Williams(Owasso) both have a shot at their 4th state title this weekend. Steed will be a solid favorite to win 5A-152, but Williams is in one of the toughest weight classes of all time in Oklahoma. 6A-160 is stacked deep with talent, but Williams has beaten most of the field except one possibility, which he’s never faced. Angelo Ferrari is the biggest hurdle potentially in Jordan’s way, but as mentioned above, we really just don’t know if we’ll see him here?