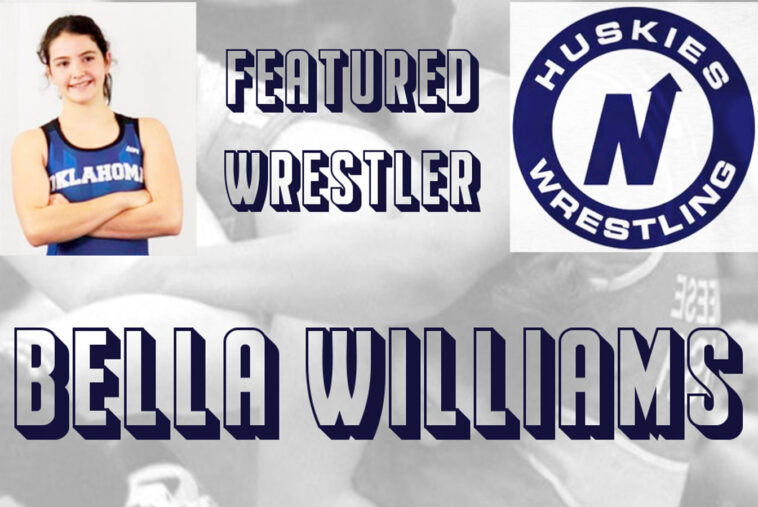 Bella Williams is our featured wrestler this month coming to Oklahoma by way of Hawaii and she comes with a long list of accomplishments.

She began wrestling with her brother at a young age and saw instant success with the great leadership.

In grade school Bella has spent time residing in Hawaii, Colorado, California, and now currently in Oklahoma working hard to make her mark.

Bella was a 4x state champion and 2 x triple crown champion in Hawaii.  Then while in Colorado she won another state title, the Cosmic Clash, Monster Match, RMN Nationals and USA Folkstyle Nationals.

She won the USA Triple Crown Freakshow, Who’s Bad and Freestyle Nationals while living in California under Poway Elite.

Her most recent victory at Fall Brawl comes off a 6-month injury layoff.  Bella is a freshman at Edmond North projected to wrestle at 126lbs this season,  she will be a force to be reckoned with.