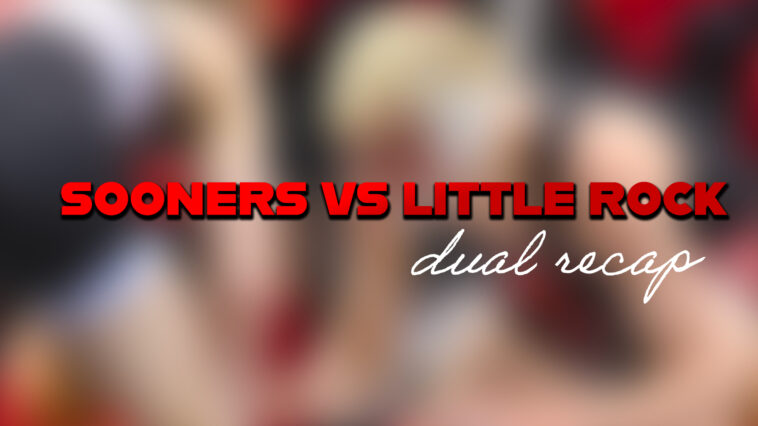 In their home opener the Sooners put on a show, blanking Little Rock and scoring bonus in five matches. Little Rock is a tough team, who even despite being unranked have been known to get some individual upsets at times. OU was ready however, and won tough decisions in the matches where I thought they could have trouble. Keegan Moore made his return and scored a very workman-like decision. Despite it being such a one sided dual, here are some takeaways for the Sooners.

OU showed that they can win tough matches

At 149, 157, and 174 Little Rock had tough wrestlers who are just outside of the rankings. I thought the Sooners would end up dropping at least one of those, but each wrestler proved me wrong. They weren’t able to fully separate from their opponent like you would like, but getting a tough, close win is an important skill to have at this level. If these wrestlers can keep it up against higher quality opponents then they will begin to climb the rankings.

Some wrestlers did separate

As said earlier, five wrestlers were able to score bonus points in their matches. Mosha Schwartz was well on his way to a major or a tech himself and ended up putting his opponent on his back to get the fall. Prat and Henson showed off some great top wrestling against their opponents, and Heindselman showed off his offense in scoring a major. Good teams win, but great teams bonus. That’s a big factor in today’s team scores, so having guys that can do that against opponents they are better than is important. The team showed a lot of impressive aggressiveness that should continue going forward.

In Moore’s match, it ended up being a close decision, but Moore nearly put his opponent on his back. His front headlock is brutal, and he can take guys straight over to their back. Moore may be one of the most dangerous wrestlers at 149lbs when he gets to his positions. His opponent knew what to expect after that however, and avoided spending too much time in that position. Moore showed great offense from all positions in this match, Bianchi was just a very tough opponent.

This was only Keegan Moore’s second match of the year, and he looked solid against an unranked opponent. It seems like he may still be getting into wrestling shape as he started to look tired through the second period but was able to time a great pancake late in the match. Keegan Moore was close to the podium last year as he came on late in the year, but he will need to show off a bit more going forward to be up there again at a new weight.

Oklahoma gets about a three week break before taking on Oklahoma State in the first Bedlam of the year. The team has had mixed results so far but looked solid in this dual. With the long break, the Sooners have time to work on things. They’ve had good competition through the year and should be as battle tested as anyone at this point in the season. If the Sooners can continue their improvement this year, Bedlam should be a great event to watch.