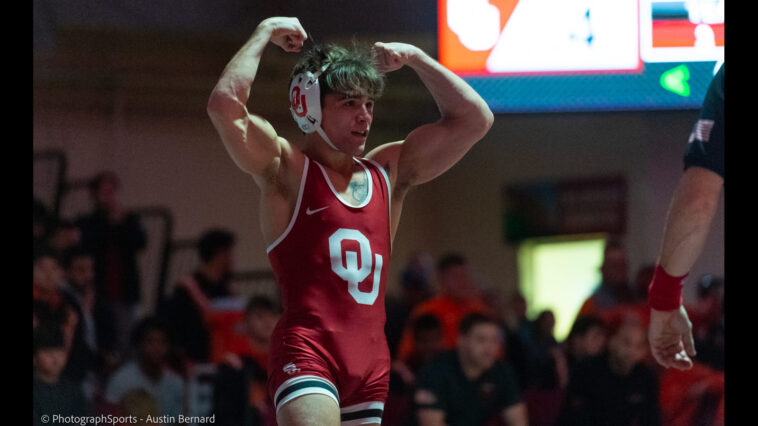 On day one OU will face Campbell and Maryland. Day two they will see Navy and Ohio. Similar to day one there are no ranked teams, but each team features a handful of ranked wrestlers. With the two day competition and the lineup variability, there could be a number of matchups against either team. As said in the day one preview, the team will need to wrestle better than they did against Edinboro.

Some of the guys that struggled in the dual looked a lot better in the open the next day, so there’s a chance that the team has even better results this time. In this day two preview here are some things that I am keeping an eye out for. I put in the WrestleStat expected lineups for Navy and Ohio but I think that both teams may have some variance.

Against Navy there are three ranked matches at 141, 197, and 285. At 141 I went with a big upset with Mosha Schwartz pinning Josh Koderhandt. Koderhandt qualified last year as a true freshman at 133 and has climbed the rankings this year at 141. An odd thing with Koderhandt though is that he has been pinned twice this year already and has given up big back points in matches he’s won. Combine that with Schwartz pinning ability and that’s why I went with it.