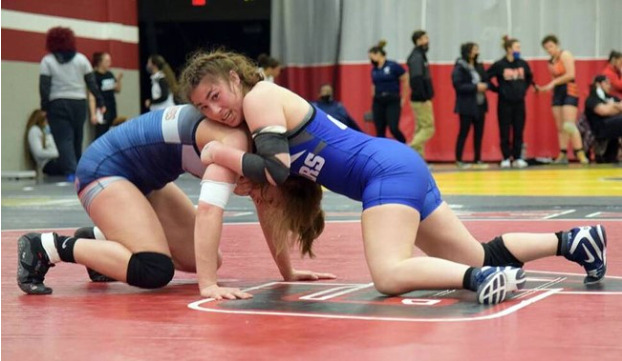 Foster, is a junior from Post Falls, Idaho. She knocked off Morgan Mayginnes out of Baker (Kan.) in a 13-10 barnburner in the final at 155. Foster is ranked No. 3 in the 143-pound NAIA rankings, while Mayginnes is rated fifth at 155.

In the semifinals, Foster rolled to a 10-0 win over Tiyahna Askew from Missouri Baptist. Foster also pinned Alexis Lopez in 29 seconds in the quarterfinals. Foster’s prize for taking a Grand View Open title was a cowbell.

Foster was also named Sooner Athletic Conference wrestler of the week for her performance.