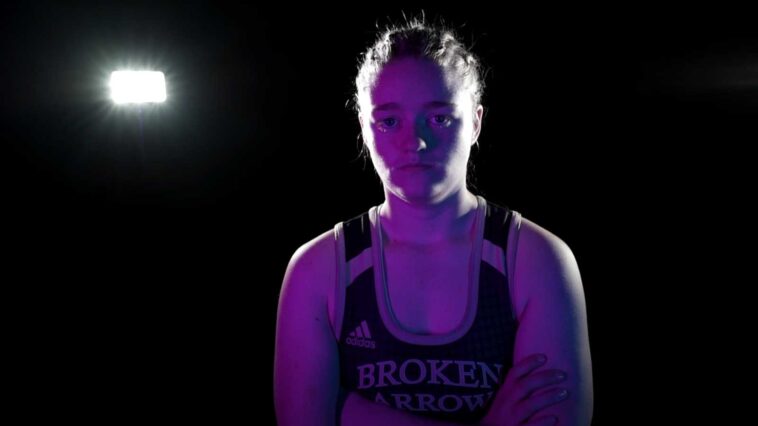 That forward thinking seems to have set Broken Arrow up for success. During the 2019-2020 season, the girls were quickly one of the most successful programs in the entire country. At an exhibition girls’ event at the 2020 state tournament, Broken Arrow crowned four champions and two other placers. Shortly after that, the OSSAA announced they would officially be sanctioning girls wrestling for the 2020-2021 season and would be hosting the first ever official OSSAA Girls State Wrestling Championship.

All four of Broken Arrow’s champions from the 2020 tournament will return for the Tigers along with one other place winner.

Broken Arrow returns 40% of the State Champions from 2020 along with one other state placer! In a recent interview they announced they’re now up to 50 total girls’ wrestlers on their squad.

Their success doesn’t only exist inside the boundaries of the state of Oklahoma. They also have three nationally ranked wrestlers including one #1 ranked wrestler.

The state is very well represented in the girl’s national rankings, with six other ladies ranked, but no individual team has the depth of Broken Arrow and their four returning champions and three nationally ranked wrestlers.

Girls across the state will look to grab a piece of Oklahoma wrestling history in February in trying to be one of the first sanctioned qualifiers, placers, or champions. But barring a cancellation of the tournament due to COVID or some other very unexpected event, the Broken Arrow girls should be heavy favorites to take home the first ever sanctioned team championship.