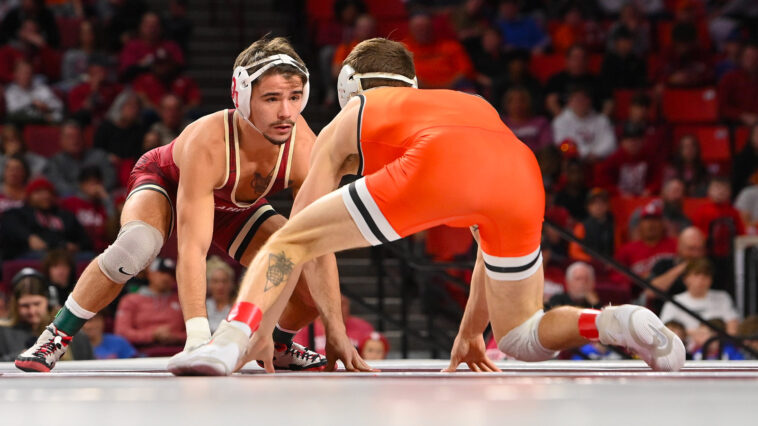 Last year OU turned a disappointing dual season into a strong Big 12 tournament and finished as co-champs with OSU. They’ll need a similar breakout performance to compete again this year. If the seeds played out, then OU would finish with four qualifiers. They also have two wrestlers who are just one spot away from being seeded within the qualifying spots.

Prata is coming off his biggest wins of the season after beating #12 Trevor Mastrogiovanni and #21 Kysen Terukina but still ended up being seeded behind both. As the seven seed he is likely to match up with two seed #16 Taylor LaMont who is a returning All-American. Prata’s stingy defense is likely to slow down LaMont who is an accomplished greco wrestler. I think this could be a one takedown type of match that I’d give the edge to LaMont in, but there could be an opportunity for Prata. On the backside there are a variety of wrestlers he could see, but a Terukina rematch is likely. This match is likely to be tougher this time and it was a one point decision win before. If Prata wants to qualify, he’d need a win here. He’s been solid lately, so I’ll give him the win, but Terukina is a tough match. From there I think Prata struggles and drops to 6th place, which still qualifies him for NCAA’s.