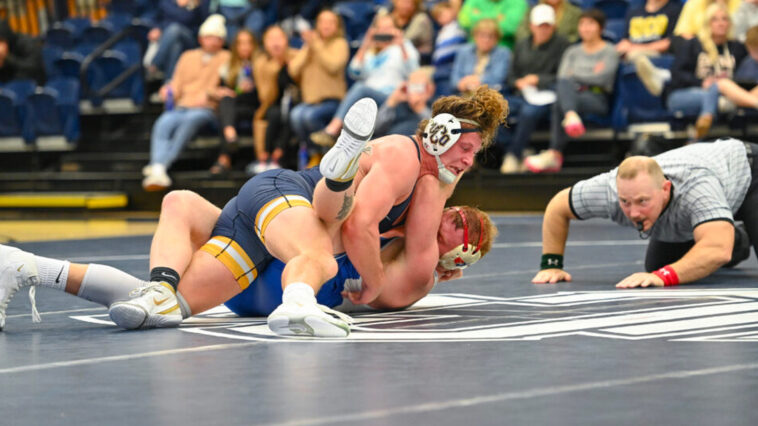 INDIANAPOLIS, Ind. (Dec. 19) – Dalton Abney polished off a perfect weekend with a clutch 4-0 finals shutout to claim the 197-pound championship and clinch the team title for Central Oklahoma in the prestigious Midwest Classic that wrapped up Sunday.

The top-ranked Bronchos – competing without two of its top starters — finished with 106.5 points to edge host Indianapolis by nine points. Adams State came in third with 89 points in the big 42-team event that ranks as the toughest Division II tournament of the regular season and Wisconsin-Parkside (88.5) was fourth.

UCO also got runner-up showings from 141 Nate Keim and 149 Brik Filippo, while 184 Alex Kauffman placed third and 125 Paxton Rosen fourth. The Bronchos overcame the loss of two returning All-Americans before the tournament even started after illness knocked out 133 Tanner Cole and 157 Ty Lucas.

The tournament went down to the wire. Kauffman’s consolation finals victory gave UCO a five-point cushion and Abney’s shutout of Indy’s Derek Blubaugh prevented the Greyhounds from pulling off a late rally.

“We didn’t have a great day, but Dalton and Alex had two big wins for us at the end,” head coach Todd Steidley said. “We lost a lot of tough matches today that could have gone either way, but overall it was a really good weekend for us.”