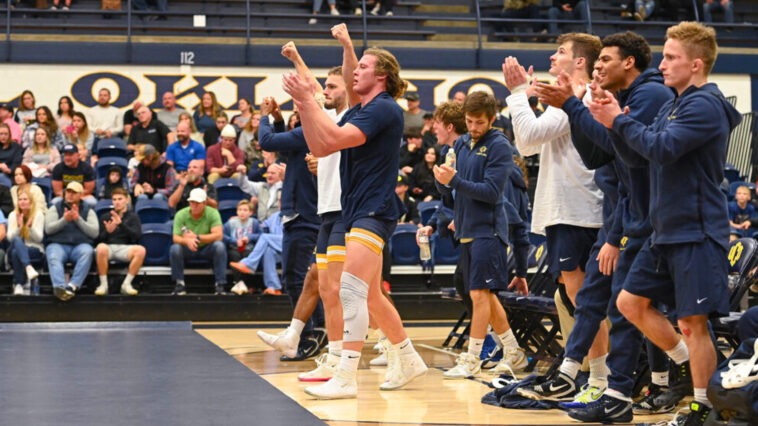 Top-ranked UCO prevailed 19-14 over the No. 2-rated and four-time defending champion Huskies, who had won an NCAA-record 77 straight matches.

The Bronchos — who moved into the finals with a 47-4 battering of Newberry in Friday morning’s semifinals — improved to 7-0 on the season with their 13th consecutive win. UCO claimed the Nationals Duals title for the first time since 2002.

Central sandwiched sudden-death wins from 149 Brik Filippo and 165 Hunter Jump around Ty Lucas’ one-point victory at 157 to open up a 15-8 lead, then got a clutch major decision at 184 from defending national champion Heath Gray before SCSU won the final two matches.

The other two wins for the Bronchos came in the first two weights from 125 Paxton Rosen and 133 Tanner Cole.

UCO was without three starters, while the Huskies were down two regulars. Kalin Winkler (174) didn’t make the trip because of illness, while 141 Nate Keim and 197 Dalton Abney fell sick after Friday morning’s semifinal rout of Newberry.

“It was a tough, physical match and every one of our guys wrestled hard,” head coach Todd Steidley said. “We pulled out some really hard wins and that’s what you have to do in duals like this.

“It’s a great win for us, especially coming against a team like St. Cloud. We faced a lot of adversity here, but guys stepped up. Now we just have to continue building on this the rest of the season.”