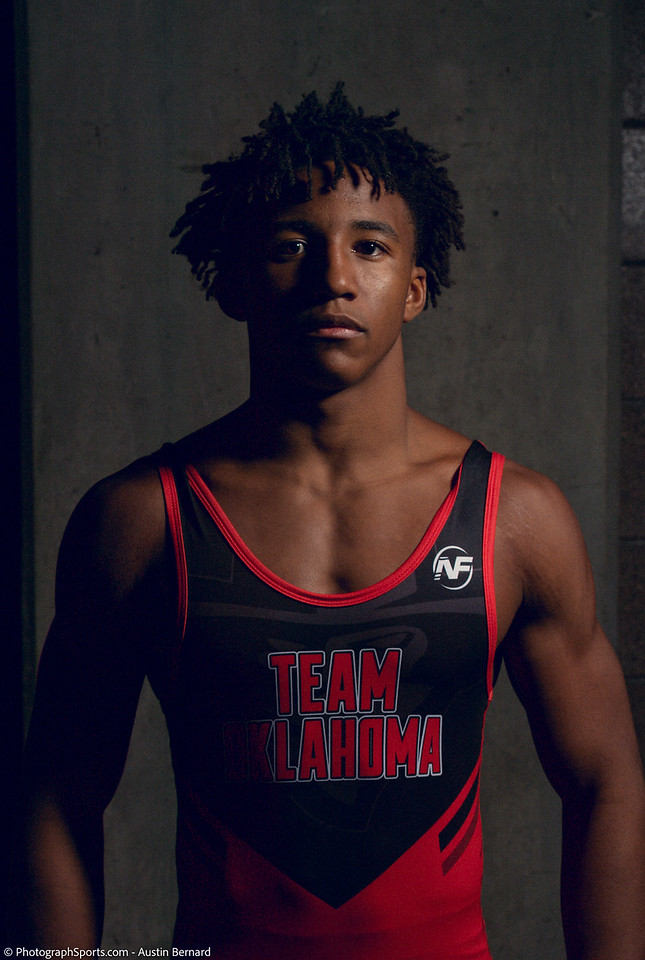 The Oklahoma Cadets have been wrestling at Fargo over the last two days and as the dust is starting to settle a bit and placement matches are being determined, three Oklahomans have now secured All-American finishes.

Heritage Hall State Champion KJ Evans has performed incredibly this weekend. With the exception of one tough test in the round of 32 where Evans got a late pushout to beat Missouri’s Braxton Strick 11-10, Evans has been nearly untouchable. He’s won every single other match by a tech or a fall and all but one of those he finished in the first period! Tomorrow he’ll take on New York’s Zach Ryder with a shot at a national title at 152 pounds.

Clay Giddens has locked in a top-eight finish at 126, one of the toughest weights of the tournament. He fell in the round of 16 but bounced back with a few wins to make the consolation quarterfinals. He’ll have Kamdyn Williams from Pennsylvania tomorrow, who beat Stillwater’s JJ McComas last round.

Talon McCollom rounds out the Oklahoma All-Americans at 160 as he’s made the consolation quarterfinals there. He picked up a close 10-8 win over Arizona’s Mike Avelar last round and will have Missouri’s Peyton Westpfahl in his first match tomorrow.

Tomorrow’s 16U Freestyle finals begin at 1:30 p.m. CST. Every match can be streamed live on FloWrestling.