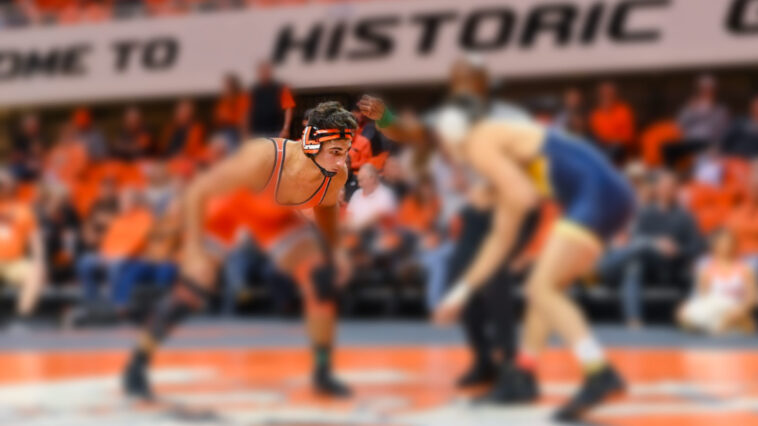 For their second dual of the day, Oklahoma State will have a three-hour drive to Laramie to take on Wyoming after wrestling Air Force.

Wyoming returns seven qualifiers and one All-American. This dual will hopefully feature six rematches at 133, 149, 157, 165, 174, 184, and 197. OSU is favored in eight matches, but some of the Wyoming wrestlers actually have winning records over their higher ranked opponents. With this being the second dual of the day, OSU will need to make sure they’re still sharp.

I expect a strong win by OSU, but Wyoming could make things interesting at some weights.

I consider this the highlight of the dual, as fans get a BIg 12 final’s rematch. While Ferrari went on to become champ, Buchanan did wrestle his way to 8th place.

Buchanan had a breakout year last year after beating Noah Adams three times. These two put on a show in the finals last year in a 13-8 match where Ferrari was never in danger, but Buchanan never stopped coming after him.

I expect Ferrari to get his takedowns and try to slow the match down on top, but Buchanan is a firecracker.

At home he is going to try and make this a dogfight.