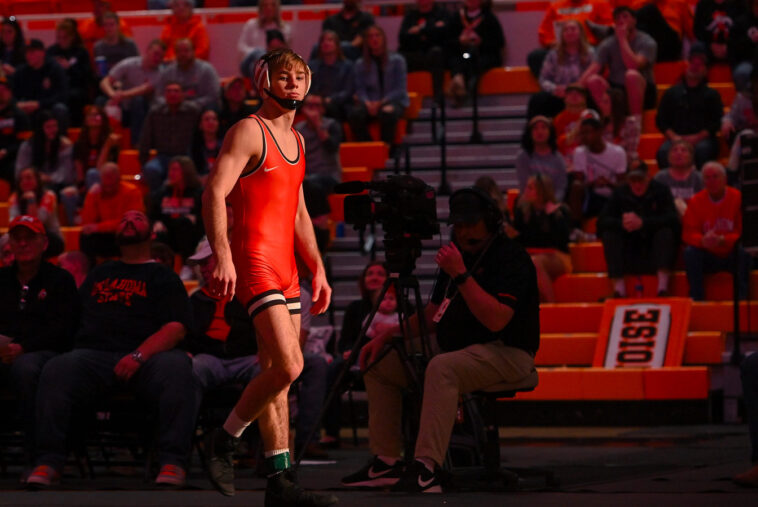 Oklahoma State heads back on the road for a big conference dual against Mizzou. They looked much improved against SDSU and will look to continue that here. SDSU actually beat Mizzou 21-12 just a few weeks ago. Mastrogiovanni appeared to be injured at the end of his last match, but John Smith said he “looks fine” per Adam Engel on Twitter. On paper, OSU has the ranking advantage in six matches, so bonus points may come into play through the dual. Both teams have looked flat at times this season, but looked much improved in recent duals.

It sounds like there’s no long-term damage to Mastrogiovanni’s ankle, but the question of this weekend is up in the air. If he does go, then he’ll have a chance to upset a wrestler who beat him 9-6 last year. Mastrogiovanni has found mostly success on the feet this season and should have opportunities to score on Surtin. While Mastrogiovanni likes to score from space or looser handfighting, Surtin wrestles close in underhooks and gets heavy on the head. I think that will either give Mastrogiovanni more opportunities to score or slow him down significantly. It all depends on how he responds. The biggest question is if he can get better on bottom. Surtin has multiple turns this season against ranked opponents, and if Mastrogiovanni isn’t careful he may find himself in a tilt. While I think Mastrogiovanni has improved a lot, I think Surtin could end up being a difficult stylistic matchup for him. I’ll take him in a close decision with some early offense however.