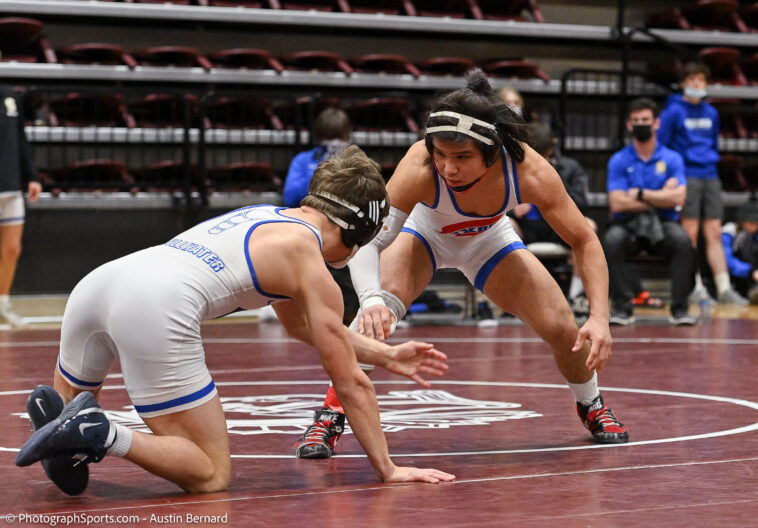 The Tricia Saunders award for Oklahoma went to Samara Markwardt from Will Rogers High School. This past season, Markwardt was the 132-pound state champion and is committed to Carl Albert State College.

The Dave Schultz award was given to Zach Blankenship, not only for Oklahoma but for the entire central region.

Central Region: Zach Blankenship of Mounds, Oklahoma, is a three-time Oklahoma state high school champion for Bixby High School. The son of Dennis and Povi Blankenship, he had a career prep record of 120-5 and did not compete in the state tournament as a sophomore because of injury. Blankenship was named Outstanding Wrestler at the 2021 state tournament and was a finalist for the Tulsa World Wrestler of the Year in 2021-22. He was a three-time Bobby Lyons Invitational champion and a Geary champion while also receiving the Hatley/Constantine Award, presented to the wrestler who best embodies the core values of the Bixby wrestling program. Blankenship was a football team captain and helped Bixby capture four Oklahoma state high school championships while receiving the Kevin Riddle Award, presented to the player who best embodies the core values of discipline, integrity, selflessness and consistency. He was senior class president and homecoming king while also being a member of leadership council and in the Top 10 percent of his class. Blankenship ranked first in his class with a GPA of 4.72 and was a member of two academic state championship teams and a four-time academic all-conference honoree. He has signed a letter of intent to wrestle for Oklahoma State University.

Congrats to both these wrestlers on their accomplishment!