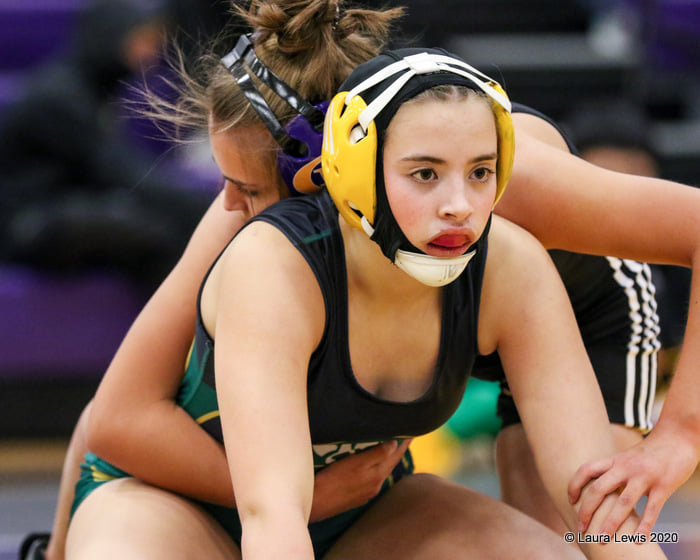 In the last several years, we have seen an upsurge in a focus on “mindset training;” the recognition that the competitive mindset – this mental muscle – is something that wrestlers should place significant focus and value upon in the course of their growth in the sport. Obviously, I am one who has aligned with this particular focus, and have done so in a way that also incorporates the element of faith into the discussion. But with that said, I think it’s important to identify where exactly this is coming from…why and how did we get here?

First off, part of the reason for this focus on mindset is a result of trying to get to the core of why we wrestle in the first place. What’s the point? What’s the benefit? Is it just to win? Well, in decades past, the answer to these questions was fairly simple…yes. That is, “winning” was the sole focus and purpose of everything. But somewhere along the way we started to realize that winning didn’t produce the type of fulfillment that made our involvement in the sport worthwhile. Despite the momentary elation produced by experiences of victory on the mat, by and large we were left empty. So, in the end, we returned to the same questions, and with no meaningful answers. What’s worse is that our decades-worth of a focus on winning produced considerable damage to our sport. That is, fewer wrestlers walked away from the mat filled with a sincere love and passion for wrestling. Instead, they walked away burnt out, frustrated, and with a decision to separate themselves from the sport, at least for a time.

Now, I’m probably going to receive a certain degree of anger directed at me regarding what I’m about to say, but I think it’s important to identify where exactly we went wrong. So…I’m going to say it: Despite all the good that Dan Gable brought to the sport of wrestling, there is a certain amount of negatives that he implemented as well. For three decades, his mindset and approach of “winning” buried itself within the life and culture of the wrestling community. There’s no question that winning was the focus and very purpose that Gable communicated to his very successful Iowa Hawkeye program. And this is confirmed not merely through observation, but also via my own conversations with former Hawkeyes from the 70s, 80s, and 90s (I write a little bit about this in the 2nd edition of my book Faith and Wrestling). Moreover, it’s well known that the wrestlers who competed for the Hawkeye program spread throughout the country and became coaches at every level: youth, high school, and college. And in the course of this transition from competitor to coach, the mindset and approach of “winning” came with them and was spread widely. And, for the most part, we embraced it.

Again, Dan Gable certainly contributed good things to the sport of wrestling; and Dan Gable absolutely loves the sport. There’s no question about that. In fact, he is still, to this day, very active in the process of trying to elevate the sport of wrestling to prominence. But he’s human as much as any of us; and with that comes flaws or mistakes. With that comes the truth that there are some negative things that transpired from his influence. I don’t say this out of any contempt toward Dan Gable (the man’s a legend; and I have the utmost respect for him!). I’m thankful for Dan Gable; but I’m also realistic about some of the challenges or issues that he delivered that we have had to slowly discard from our sport.

Another reason for the upsurge in “mindset training” was a result of a desire to grow the sport of wrestling via better wrestlers. Sounds simple, right? Well, it is. A focus on the wrestler’s mindset has revealed visible results. It took a while, but we are now understanding and committing to the idea that what goes on inside a wrestler’s mind can significantly impact what transpires on the mat. If you remove the expectations and pressure (and the focus on winning), the wrestler experiences a very real freedom to perform at a high level. The wrestler can focus on being a better wrestler, and let the winning take care of itself. And in the midst of all of this has brought about exceptional wrestling! Better wrestlers produce a better and more exciting sport.

In reality, the list could go on; but one final reason for the upsurge in “mindset training” that I will mention is this: there was a hope for wrestlers to develop a real, genuine love and passion for the sport. Those of us who developed this love and passion despite all the garbage we had to sift through in our experience sincerely desire for wrestlers to embrace this sport, to see the amazing gift that it is. Some of us took a winding road back to the sport. I was one of those wrestlers who was fully engrossed in the mindset of winning, who found himself burnt out, frustrated, and eventually decided to walk away from the sport for a time. And this occurred even with some accolades to my name. But with time away, I began to survey my life and recognize the value that wrestling brought to it. When it comes down to it, those of us who love this sport have already recognized the incredible value that it brings to a person’s life. In fact, the value is so great, that we want to share it. We want others to experience this value as well.

So, with all this said, mindset training is legit. There’s a reason for it, and I have only mentioned a few of the long list of reasons. It’s definitely something that deserves the focus it has garnered.