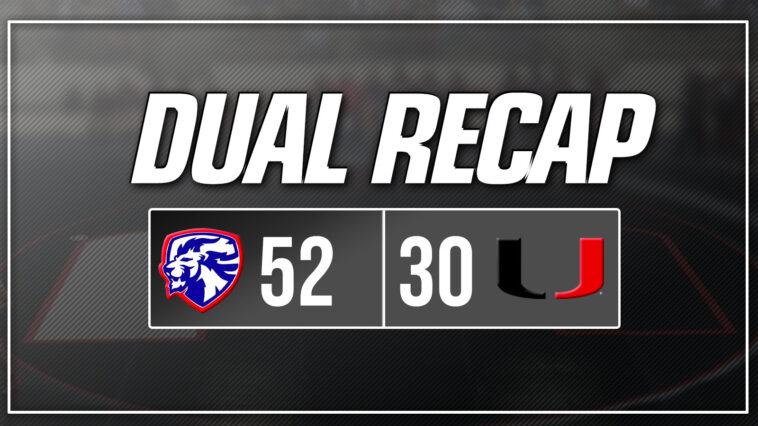 In the car and down the turnpike to watch some wrestling as #3 Moore took on #2 Union.  It was senior night for the Redhawks and these girls have truly helped to pave the way for the Girls wrestling program at Union HS.

Lead by coach Gerald Harris these 5 girls will always have great memories to look back on and possible back to back team state titles if things go right.

Chanelle Alburg, Aralease Callahan, Neveah Allen,Vonshaia Adkins and Aliese Newsom you girls have been trailblazers at Union and set the bar high for future Redhawk teams.

Moore Vs. Union ended in a 36-36 tie last year with Moore picking up the win on criteria. Tonight was just a little different. Union was a little shorthanded but brought it none the less.

Giving up a total of 6 forfeits Union hung in the dual until the end.

Going into the 170 match the dual was still in reach for the Redhawks. Sara Freeman was able to pull out a 10-2 Major victory to seal the win for the Lady Lions.

The Lady Lions went on to win the dual by a score of 52-30. These are two very good team and both very well coached, come February they should both be at the top of the team race at the State tournament.

110. Harley Stringer or Moore vs Chanelle Aburg of Union was the match I was most excited to see. These two girls wrestled to a 0-0  first period. There was lots of hand fighting and working for positioning the first period. Stringer got in on as couple deep shots but Aburg was able to defend them off. The second period was more of the same.